It has been a glorious week. Graham and I have not had to have take out for one single meal! Given that we had an 8 lb. ham from Easter dinner to use up, it has been a lot of ham-based meals. I came up with this cheesy broccoli and ham bake based on a pot pie recipe that I found. This is a rather simple bake. I often find that dessert style baking is more challenging. This is why looking at some of the Bakery courses near delhi might be a good idea for anyone looking to boost their skill set. Although the original recipe called for Bisquick, I encourage you to make your own Bisquick as I did! You’ll also be whipping up a basic cheddar cheese sauce that is good for some bomb Mac N Cheese later!

Make your own Bisquick

It is super easy to make your own Bisquick and it stores in an air tight container for up to a year. Once I realized I was paying quite the hefty price for “Bisquick”, when in actuality I was paying for “Flour that is called Bisquick”, I decided to designate a container in my pantry for a “make your own Bisquick” recipe. The best part? You can use the same . exact . recipes from the Bisquick box, so no need to change anything when making pancakes or biscuits on Sunday morning. 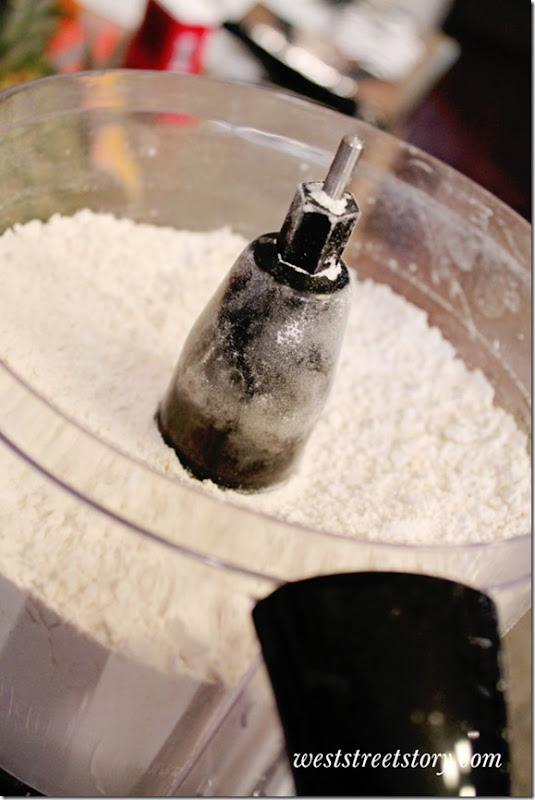 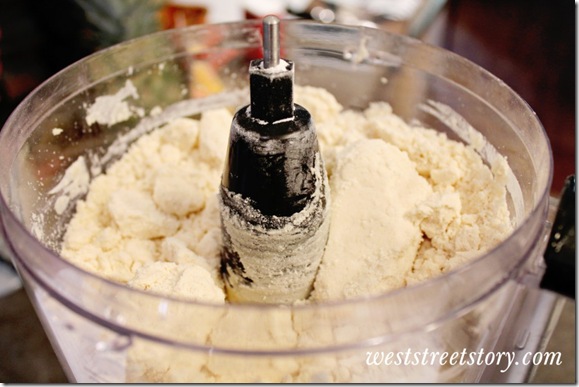 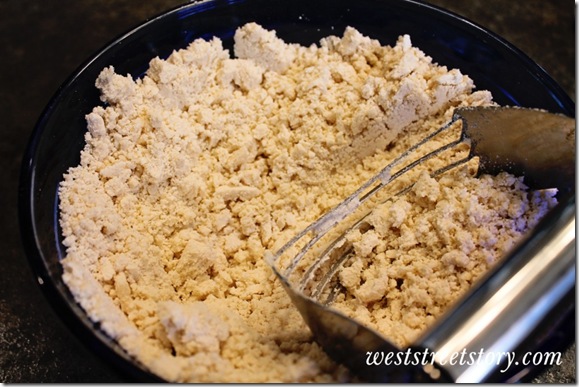 I used my food processor for the initial mixing stages of the Bisquick mix and then finished off mixing with a pastry cutter. Just use whatever method you would like (a fork, if you have the time and patience). The goal is to make the mixture as crumbly as possible.

1. In a food processor, mix together flour, baking powder, salt, and sugar. Add the shortening into the food processor and cut in until the mixture consists of fine crumbs. I used the pulse method on my food processor until I had relatively small chunks then transferred this mixture to a bowl and finished cutting in the shortening with my pastry blender.

2. Store mix in an airtight container in a cool, dry place for up to one year. You could also freeze to maximize freshness and just thaw before using.

But, now onto the cheesy, ham goodness. The first thing you will do to complete this recipe is whip up a quick basic cheddar cheese sauce. 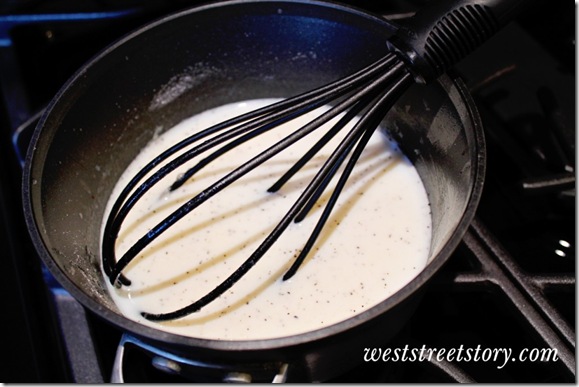 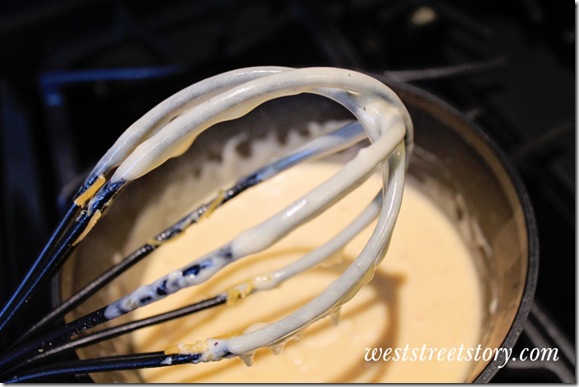 1. Melt butter over low heat in saucepan and remove from heat. Stir in flour, salt, and pepper. Gradually add milk, whisking while you pour it in. Stir until well combined.

2. Cook mixture over low heat, stirring frequently, until thickened and smooth, about 5 minutes. Then cook for an additional 5 minutes.

3. Add cheese and stir until smooth and well combined.

Now, maybe you are thinking, “Okay, I quit. You had me make homemade Bisquick AND cheese sauce. This is too much and I am starving.” Not a problem, toss this cheese sauce with some pasta for AMAZE-BALLS mac and cheese and save the Bisquick for pancakes in the morning!

However, if you are still hanging in there, continue on we will! 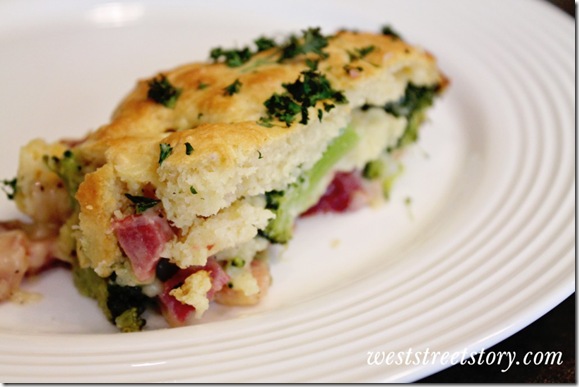 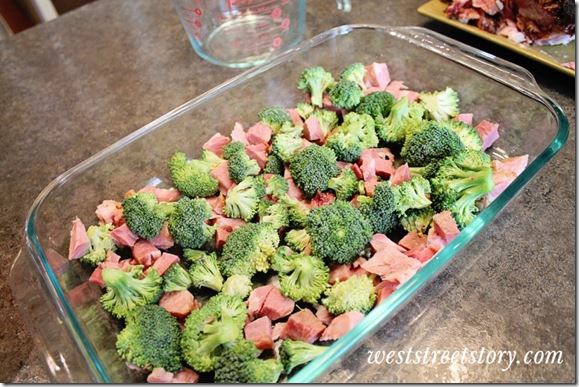 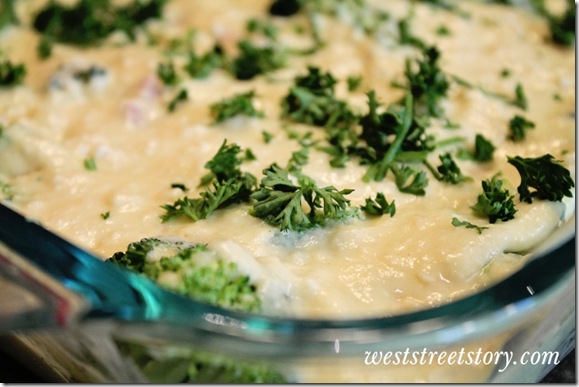 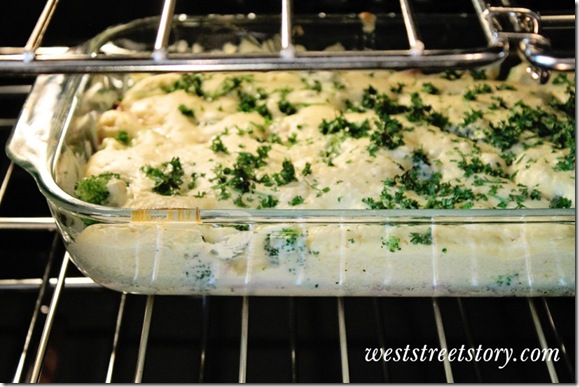 What I loved most about this recipe was that most everything was mixed right into the pan! You simply start with the veggies and ham, pour on the cheese sauce, pour on the baking mix, and put into the oven!

2 cups Bisquick mix (are you using the homeade version from above?!?!?!)

Side note: It may not look like there is not enough baking mix covering the ham/broccoli mix, but it will puff up in the oven and cover it, I promise!

3. Bake uncovered about 35 minutes or until crust is golden brown.

Substitution ideas: Use cut up chicken or turkey instead of ham

« After tiling the kitchen, we have a floor again!