We have all seen the multitude of pumpkin-flavored-everything-even-my-toothpaste hitting the shelves the past few weeks.  I am all for pumpkin flavors, in virtually everything {but, come on folks, not my toothpaste}, but have you ever stopped to think WHY you should eat more pumpkin? At the farmer’s market last week I saw, for the first time this season, pumpkins for sale!  I quickly learned pumpkins are in season in Wisconsin from about the middle of August until frost rears its ugly head on the ground.

Of course, my husband and I originally saw the orange beauties as future jack’s, but then it hit me — nature didn’t intend for pumpkins to be carved, but instead consumed.  I was ecstatic!  Another new ingredient was in season!!

I guess I have been so used to canned pumpkin from the grocery store for any recipes calling for the infamous puree, that it took a life change {trying to eat fresh and locally} to realize I could have an even fresher, more delicious version.

So, before diving in and buying the entire wagon’s worth of pumpkins at the market, I decided to do some research.  I wanted to know why I should eat pumpkin and how to properly purchase, store, and preserve them.

First, I had to get past the fact that pumpkin isn’t just an ingredient in pie.  I was about to discover new, healthy ways to incorporate a vegetable chock full of vitamins, minerals, and fiber into delicious main courses.

According to about.com, pumpkins can provide you with plenty of Vitamin A and beta-carotenes along with Vitamins C, K, and E {and other miscellaneous minerals}.

Pumpkins are also a good form of fiber {something I am always looking for — lots of fiber in foods keeps you fuller longer}.  Just a half a cup of canned/pureed pumpkin provides 3.5 grams of fiber.

The “flesh” of the pumpkin is not only the edible part of the vegetable either.  The seeds are also very noteworthy delicacies.  Pumpkin seeds {also known as pepitas} are loaded with minerals, appear to provide anti-inflammatory effects, and may even help protect against prostate cancer and osteoperosis.  Just a quarter cup of these bad boys and you have provided yourself with 1.5 grams of fiber as well!

So, I’m sold…..I am ready to add fresh pumpkin to my diet.  But, is that wagon on the side of the road {selling jack o’lanterns for $1} my best source?  Yes and no {depends on what sizes they are offering — remember that MOST are buying pumpkins to carve and the bigger, the better}.

When choosing a pumpkin for consumption, rather than carving, you want one that is heavy for its size — pumpkins that are somewhere around 2-5 pounds are typically your best option {so do not be tempted to purchase that goliath pumpkin……you will not be as pleased with the taste as found in the smaller ones}.

Darker hued pumpkins are also better options — the lighter pumpkins tend to be drier and have a bigger opening in the middle {less puree for you}.

If you are at a farmer’s market {not just a wagon on the side of the road as you see so many of here in Wisconsin}, ask the producer if they have any “pie” or “sugar” pumpkins.  They are the smaller pumpkins that are grown specifically for consumption {they were named with the end result of a pie in mind, of course}.

If you are like me, you have now just went out and bought yourself 20 little pumpkins and are ready to go……..quickly realizing you are not going to be able to work your way through all 20 of them instantly; you will need to provide storage.

If left in their whole state {not cut open}, pumpkins can last a very long time if kept in a cool, 50-60 degrees, dry place.  Just keep a newspaper under them in case they do start to disintegrate and ”ooze” {I am sure you have seen plenty of pumpkins after Halloween that are just begging to be disposed of — once they start appearing as such, do not eat}.

Once you have cut the pumpkin open, you will want to use them {cook or freeze} within a couple of days — raw pumpkin tends to mold easily.

After you have cooked it, puree or chunk form will last about 4 to 5 days in the fridge.  You can, of course, freeze or can pumpkin to supply yourself all during the off-season.

DO NOT, I repeat, DO NOT can pureed pumpkin — only cubed form.  Read more about why on PYO’s website here.  If you want to can pumpkin, do it in cubed form.  Otherwise, you can safely freeze both puree and cubed pumpkin.  Just thaw the frozen goodies in your fridge prior to using in a recipe!

Now, go get your pumpkins and check back later for my upcoming posts on cooking and creating puree, using pumpkin in “new-to-me” recipes, and preserving for future use!

Error: Your requested Widget "recent posts" is not in the "Widgets for Shortcodes" sidebar

If you enjoyed this post, share with your friends using the buttons below and please consider following my blog. Thanks for stopping by!

This site uses Akismet to reduce spam. Learn how your comment data is processed. 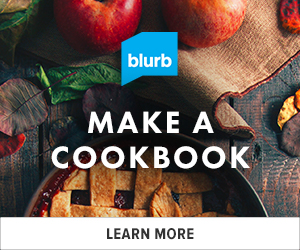 Jen Cassellius of this The Hollow Road Blog is a participant in the Amazon Services LLC Associates Program, an affiliate advertising program designed to provide a means for sites to earn advertising fees by advertising and linking to www.amazon.com.