Graham was really enjoying snorkeling while in Maui and after reading a few reviews, we decided to head out to Honolua Bay and try snorkeling there. 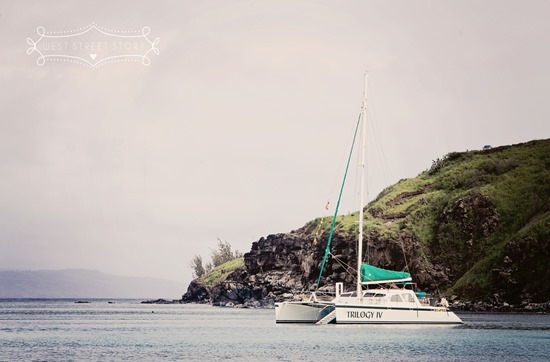 Unfortunately it has been raining which caused the bay to be less than clear….which lead me to stay on the beach.  All I could think was that murky waters = sharks = death.

And by “beach”, I mean rocks.  But with the view and how relaxed things were, I really couldn’t complain.  So while Graham did his thing snorkeling, I took the opportunity to snap some pics. 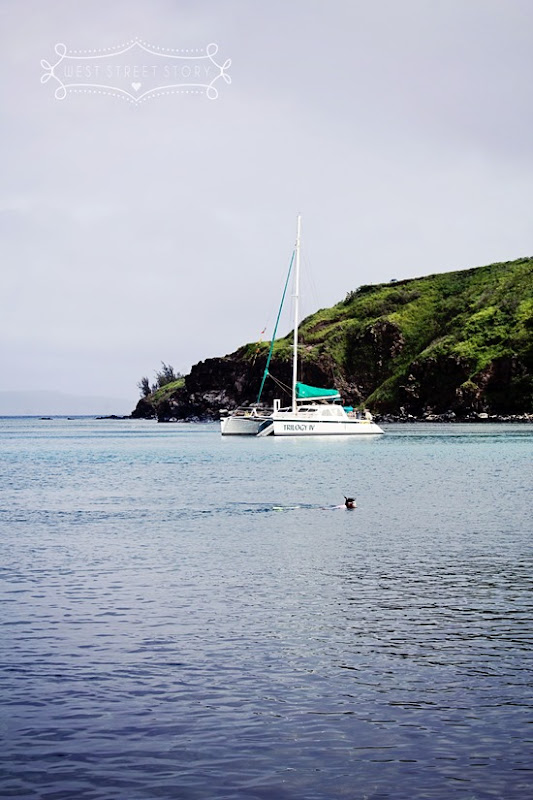 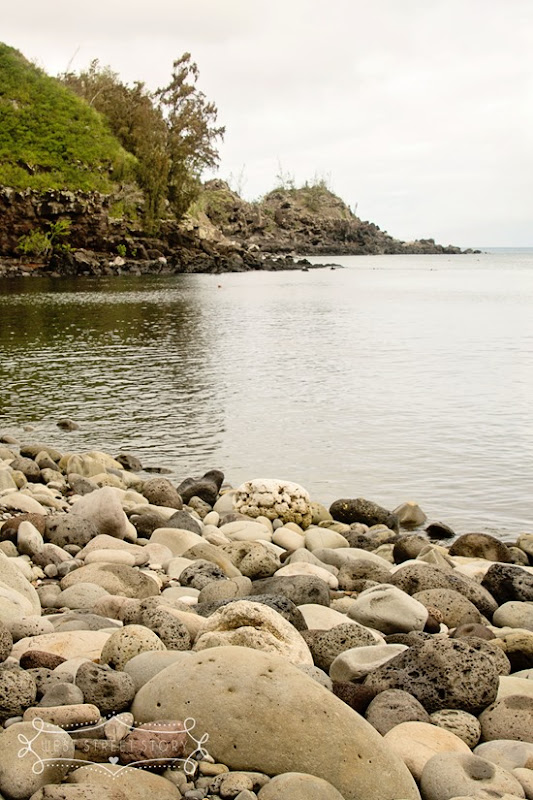 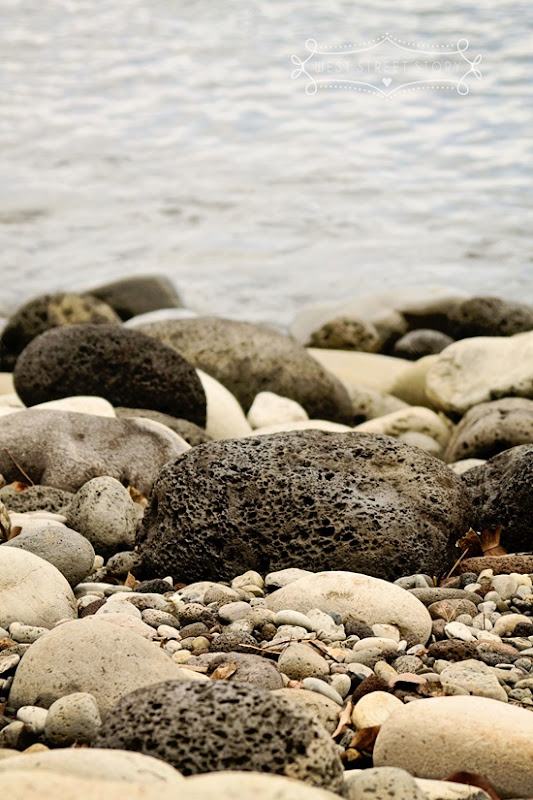 Graham did come back for a break at one point and asked if I was sure I didn’t want to go out.  He said it was really neat, and I was just about to give in, when he told me he saw this HUGE fish and he actually thought it was a little shark at first.

I stayed on the rock beach.

It was really cloudy on this day and did end up starting to sprinkle while we were there {and I was sitting on the rock beach}.  But, I still couldn’t complain!  I could have stayed there all day, actually!  It really was a pretty spot.

Getting to Honolua Bay is quite the experience as well.  We took Honoanapali road {Hwy 30} to mile marker 32.  Be on the lookout as you get closer to mile 32, however, as you will otherwise miss it.  This road was A LOT like the road to Hana, so I was starting to get a bit anxious, but luckily it was a really quick drive.  There is a little space to pull off the road to park and then you take a quick hike to the bay.

The hike {which only took about 5 minutes} is breathtaking as you walk through vine covered trees.  It is literally like walking through something from the Lord of the Rings, or Lost {coincidently filmed in Hawaii, so makes sense}, and it was really neat to see. 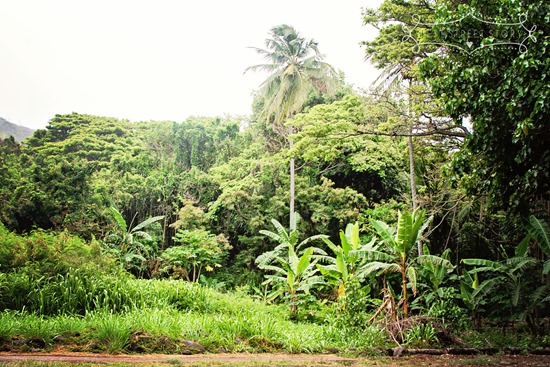 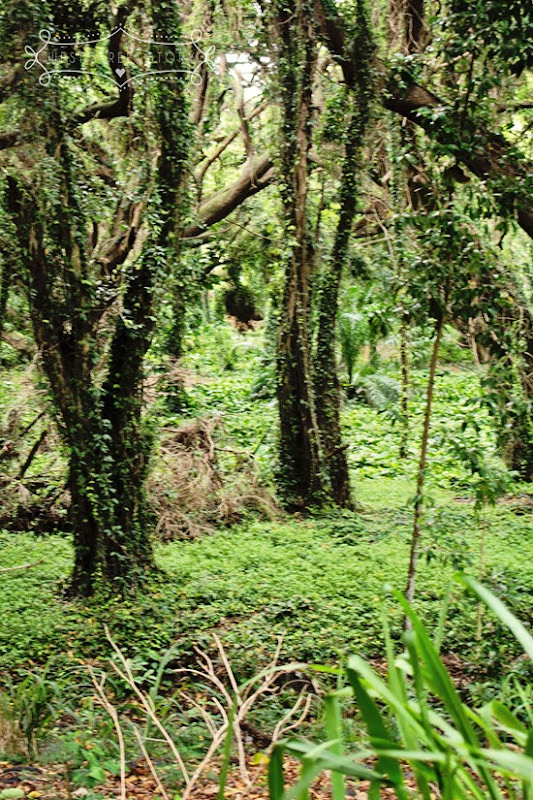 Since it was still cloudy and sprinkling on and off, we decided not to hang out on the beach for the rest of the day like we had originally thought of doing.  Instead, we took a drive up to the Ka’anapali Coffee Farm and go on the self-guided driving tour.

We called about going on a guided tour, but the company that gives the tour was full for the day….so if this is something you would want to do {go on an “official” tour with tasting and such} make sure to book that ahead of going to Maui.  The tour company is called Maui Country Farm Tours. 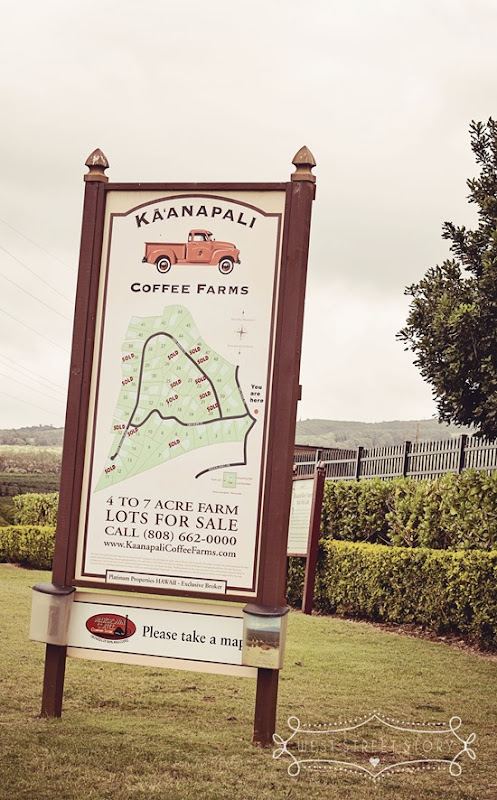 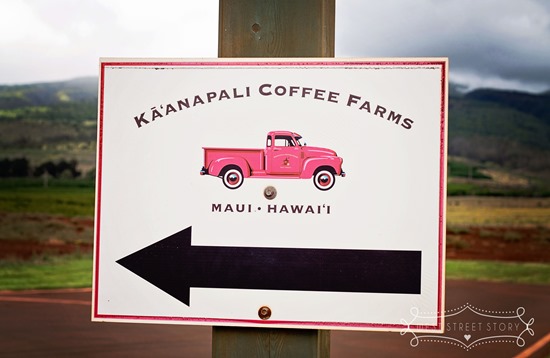 The self-guided driving tour was still neat, though.  We drove through the coffee fields and at different stops you could climb onto lookout points. 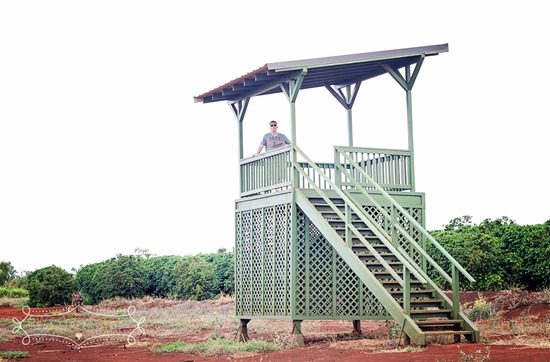 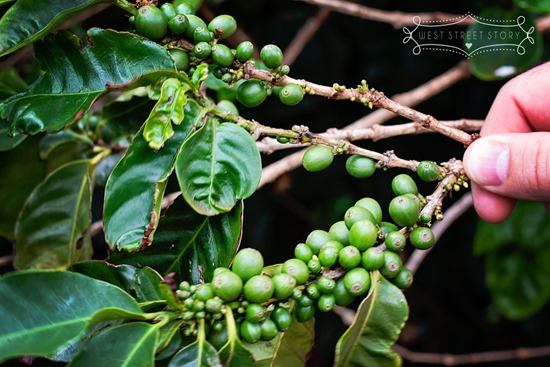 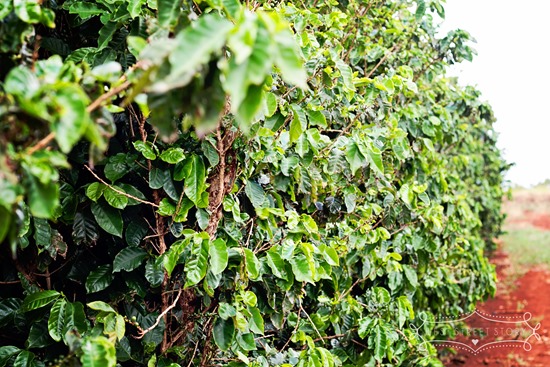 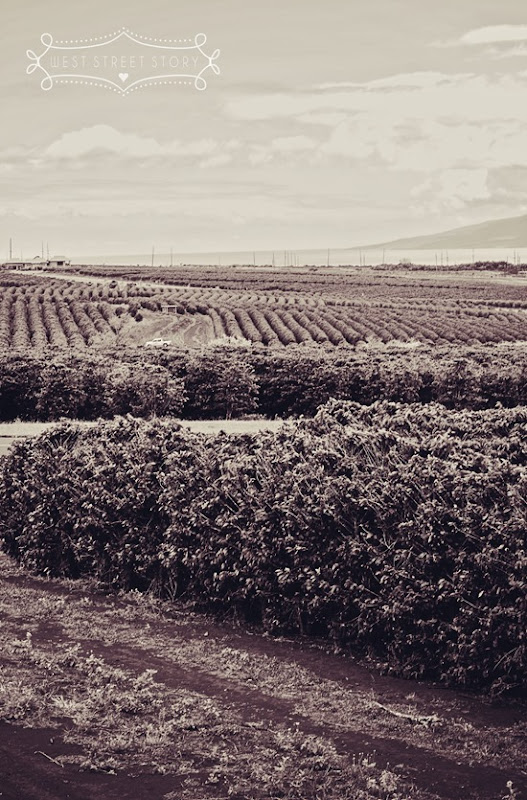 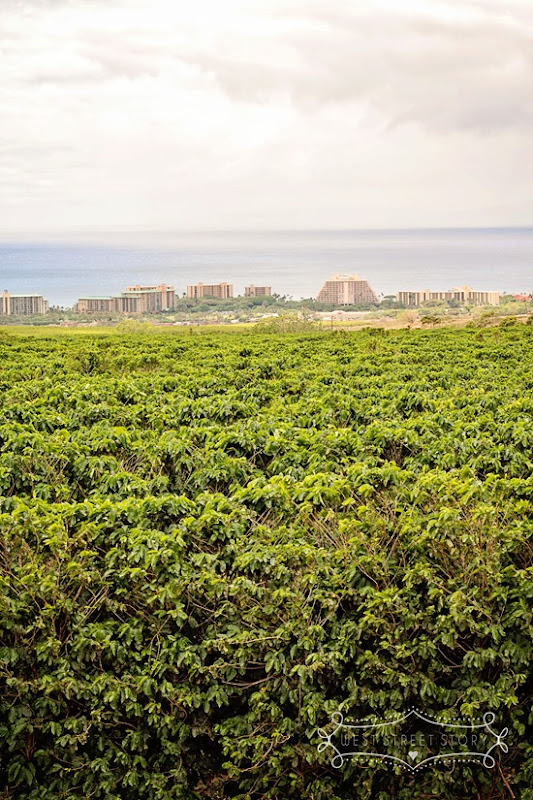 {you could see our hotel condo and the ocean from the lookout points!}

Throughout our trip we had noticed Maui having really red soil and at the coffee farm it was no different.  Apparently coffee can grow just fine in this red dirt.

Also, if you see red colored souvenir shirts on your visit to Maui, note that they were dyed using this red dirt {they are conveniently called “Red Dirt Shirts”}. 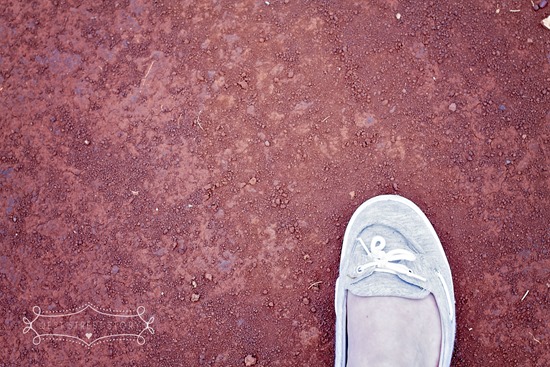 Graham did have one surprise planned for me on this day once we nixed the beach plans……he went to the grocery store after our trip to the coffee farms and picked up a can of Spam!  Why would he do that?  Well, I had mentioned earlier in the trip that I had never had it before {at least not to my knowledge….if I had ever eaten it, it was tucked into a pot-luck salad and I didn’t even know I was eating it}.

Since Hawaii is the Spam-eating capitol of the world {at least in our opinion}, Graham thought it was the perfect setting to have my first try of it.  He made me the most unhealthy, yet very delicious fried Spam-with-cheese grilled sandwich.  Not bad, Spam, not bad!

Up next on Day 9 – we finally get to the beach and Graham jumps off a cliff!

« how we updated our living room in three easy steps