And so it begins…I am certainly looking forward to sharing my trip to Maui with everyone and chronicling it for myself.

I have slowly accepted the fact that I will probably never scrapbook {traditionally speaking} again.  At the end of the day, after working with paper for the past eight {or ten, or fourteen} hours, the last thing I feel like doing is “being creative” some more.  Plus, I love blogging!  That means West Street Story is not just for you, but for me as well.

I titled this post Day 1-2, but we did not actually spend two days on the Waihee Ridge Trail.  Do not get me wrong, I would have most certainly preferred to spend that first day on a trail, rather than what Day 1 actually was, but that first day was spent {you guessed it} just trying to get our booties to the island!

I was just telling Graham this morning that if I were to ever say “I will not be going back to Hawaii”, it would be because of the traveling aspect.  I am just finally getting over the jet lag impact!  Getting to the island was no small feat either.

Graham and I headed out the door at 4 am so that we could get to Chicago in time for our flight.  We decided to fly out of Chicago {versus Milwaukee} because it was cheaper and we had a direct flight from Chicago to Honolulu.

We thought this direct flight was a positive bonus, but now looking back, a nine-hour-straight flight was no fun.  We were both a little bonkers when we landed.

Then, we had to sit at the Honolulu airport for a three hour layover to take a fifteen minute flight to Maui.  By 5 pm Hawaii time {when that second flight left}, it already felt like 10 pm for us and we would normally be thinking about going to bed.

Instead we still had the flight, getting our luggage, securing our rental car, and then finding our hotel before we could even think about sleeping.

To add to our day’s timeline, it was dark by the time we actually left the airport, and we got lost trying to get to our hotel.  What was only supposed to take a half an hour, took well over an hour!  We thought the island was only so big, but boy was it deceiving!

When it was all said and done, by the time our heads hit our pillows for the night, we had been awake 22 hours straight.  Thank goodness for a welcome basket that was left at our hotel by the bride and groom to be {the reason we were in Maui was for their wedding}.  The chocolate bars in that basket saved my life….no joke!

We knew the next day Graham’s mom, dad, and sister were planning to hike the Waihee Ridge Trail.  But, after 22 hours of traveling, the last thing I thought would be fun was waking up early to go hiking.  We did promise them we would come over when we woke up and see how we felt, however, before we officially said no.

I thought we would sleep in WELL past them heading to the trail, however {they said they were going to be on the road by eight}.  I felt like I was going to sleep until noon the next day.

At 3 am I was AWAKE.  It didn’t matter that we hadn’t gotten the appropriate number of hours for sleep, all that mattered was that back in Wisconsin it was 8 am and our bodies were saying “time to get up”.

So, Graham and I got up and headed over to see his family at their condo.  At this point in the morning, I felt drunk due to the jet-laggedness.  But, after some coffee and eggs, I thought “what the heck, might as well go” to the hike.

I am so glad we went!

The Waihee Ridge Trail is located on the northern part of Maui.  It is marked by the red indicators in the maps below. 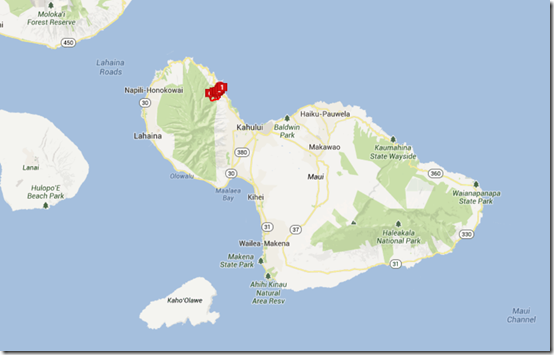 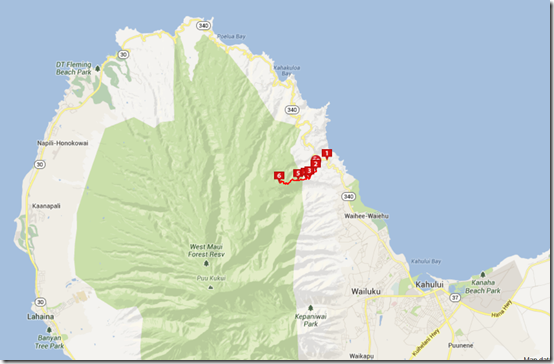 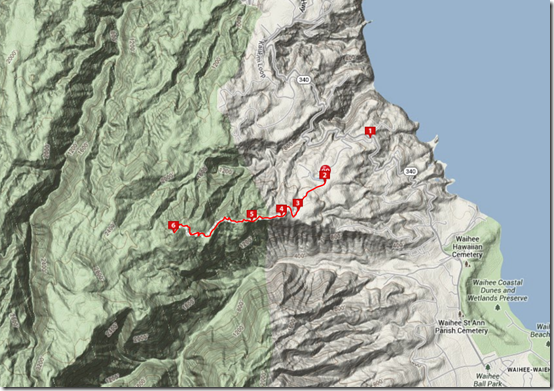 Even though I am posting these maps now, I would like to point out that we did not have these maps handy while we were trying to find this trail.  Let’s just say it took a car full of five intelligent people a good while to find where this trail was.

Also, another thing we didn’t really understand {once we did actually find it}, was that the trail head was technically a mile further up a curvy/steep/one-car-width worth of paved road.  I was still new to Maui driving and didn’t feel comfortable going back to get the car once we had already walked halfway up this “road”.  So, we hiked an extra 0.9 miles at the beginning and end of the trail head. 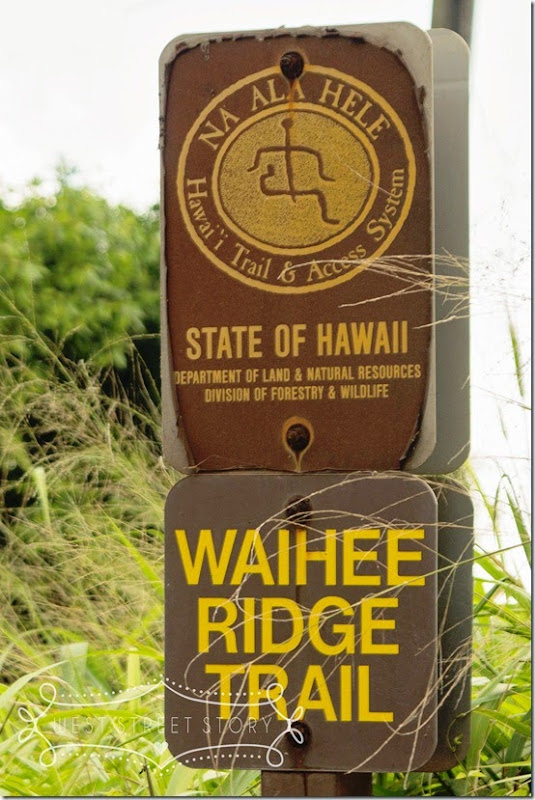 {this was what we THOUGHT was the sign indicating the beginning of the trail…however you should keep driving up the steep “road” 0.9 miles past this sign until you get to the parking lot…this is where the actual trail head is}

If we hadn’t hiked the extra 0.9 mile, however, we would have missed a couple of great views and moments! 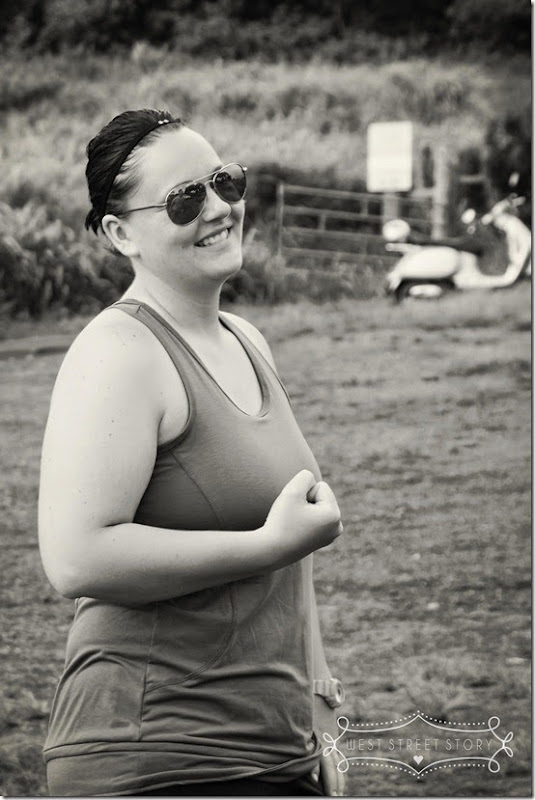 {Graham’s sister was ready to go!} 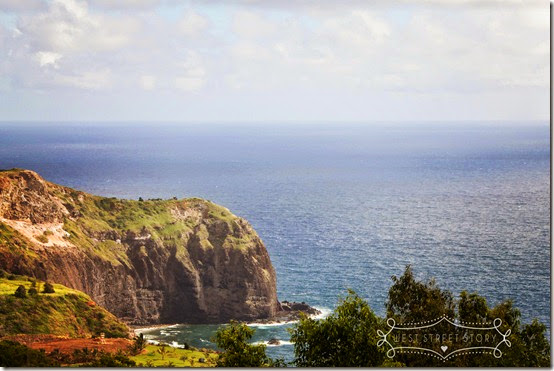 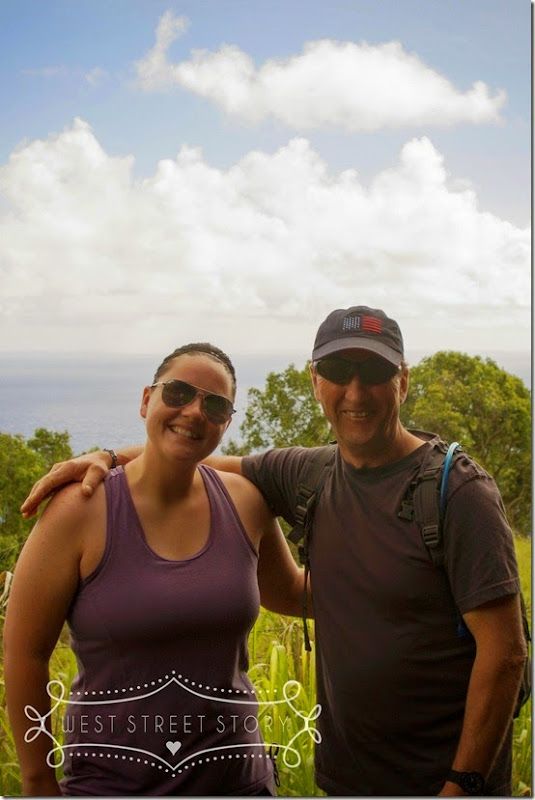 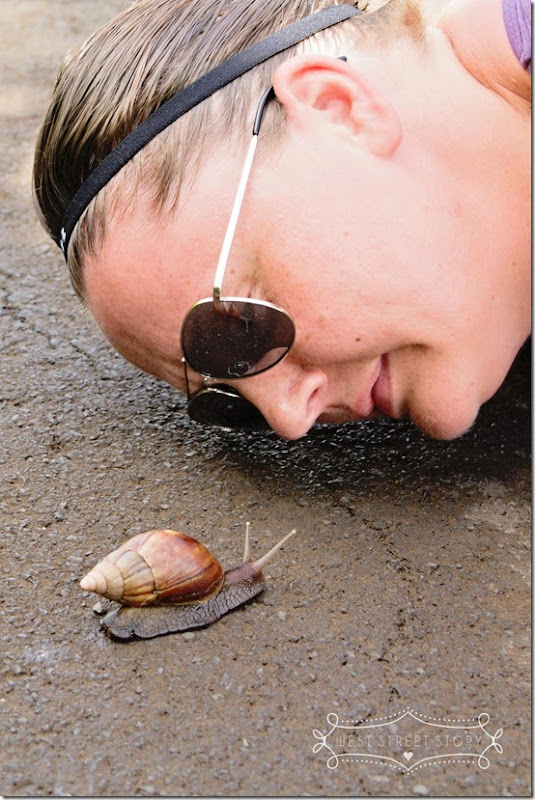 {we saw this guy trying to make it across the road….we did not see him on our way back, so we are assuming he made it……right?!?!?} 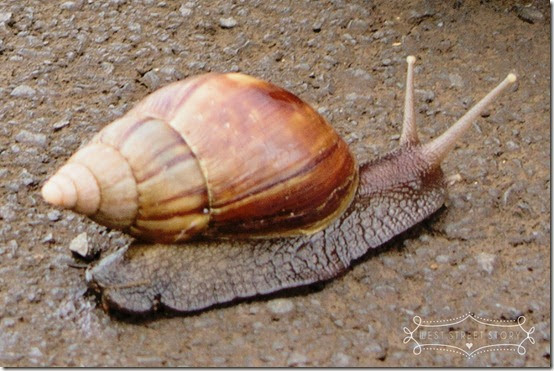 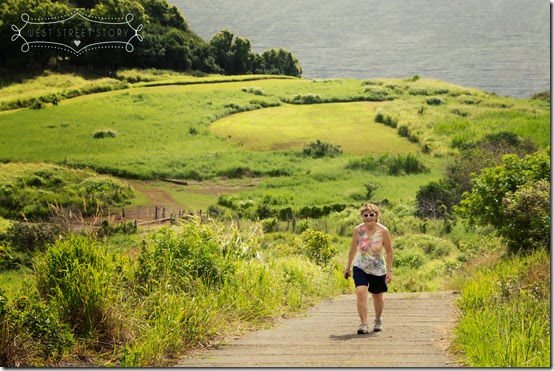 {look at the views we would have missed had we just driven that 0.9 mile!} 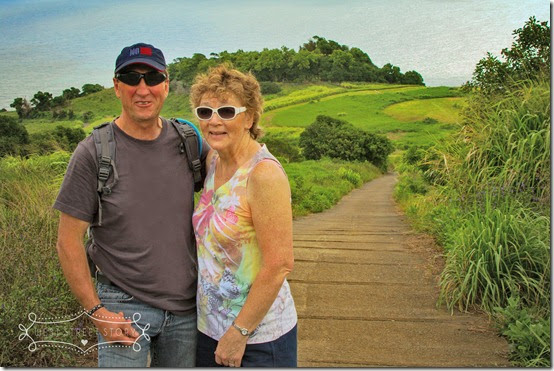 And once we did finally find the “official” trail head, there was a porta-potty and reassuring signs encouraging us before we officially headed onto the mountain. 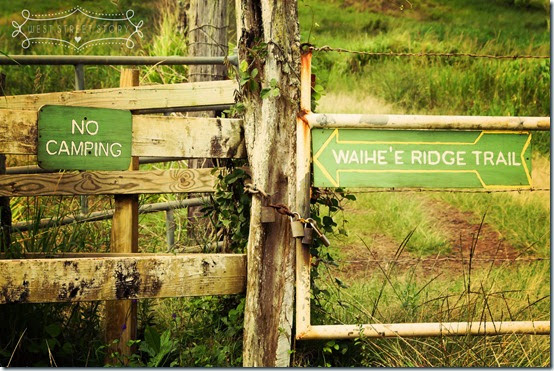 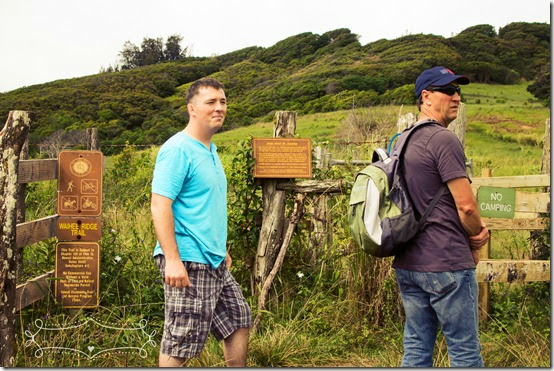 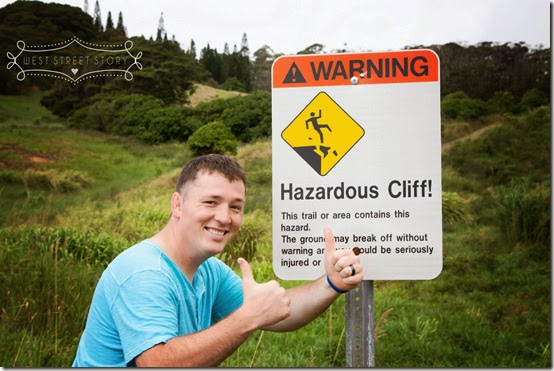 As you can imagine, the views were spectacular, and well worth the death risk! 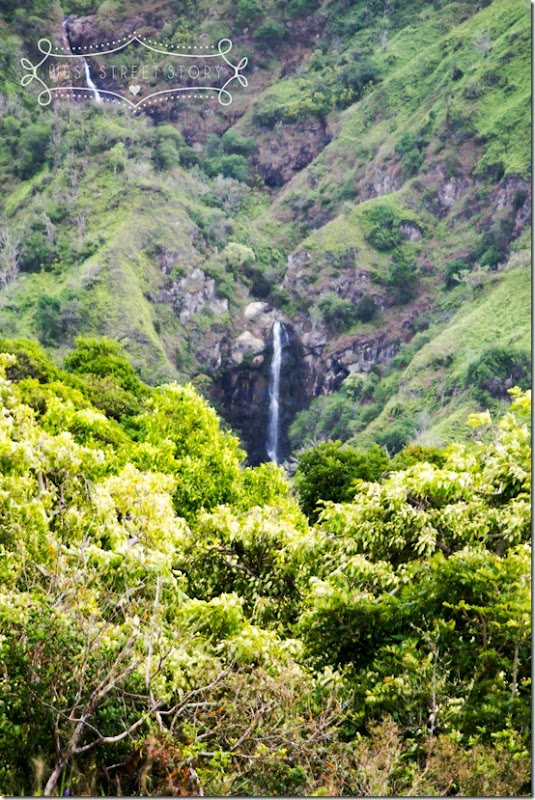 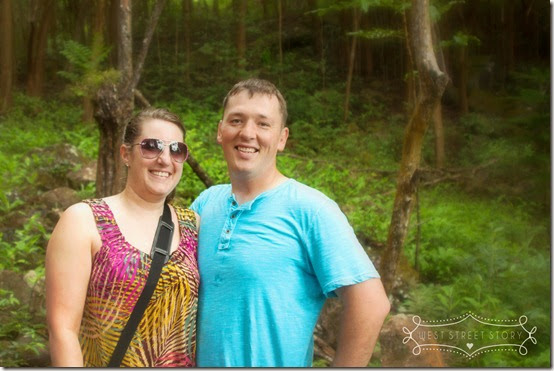 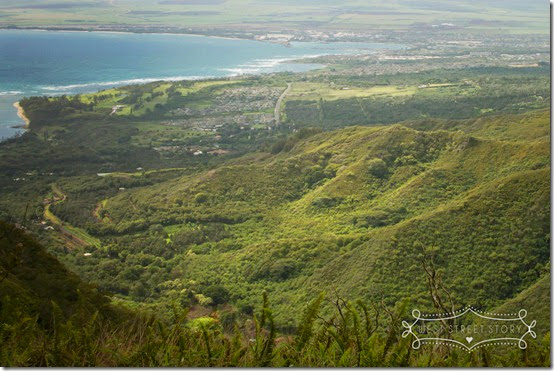 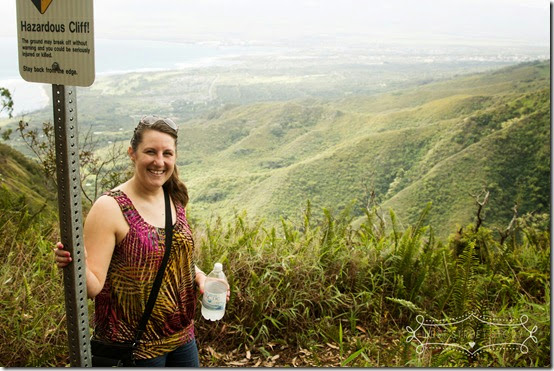 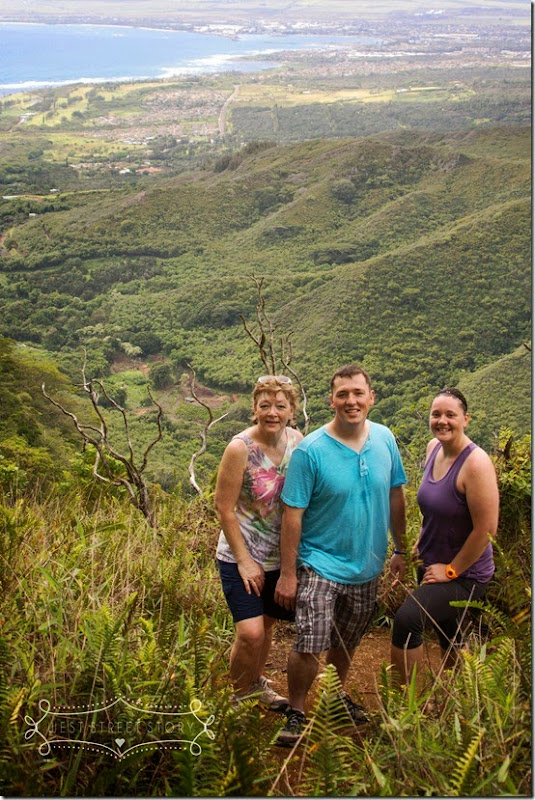 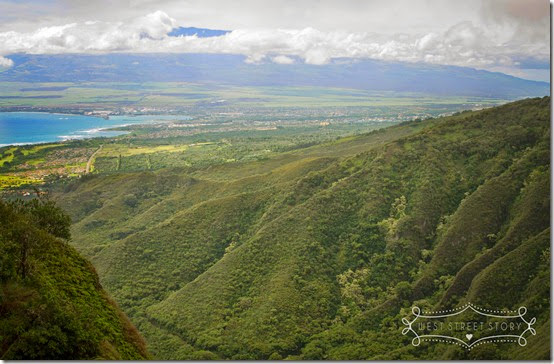 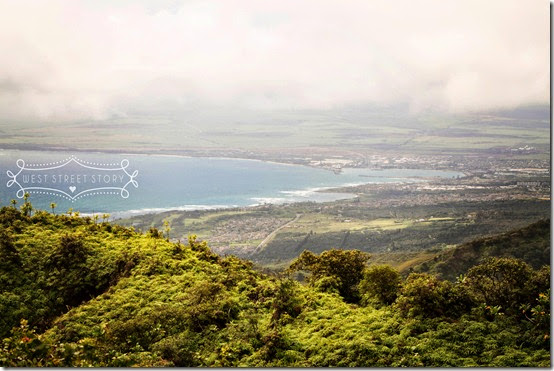 {the clouds over the mountains moved in FAST} 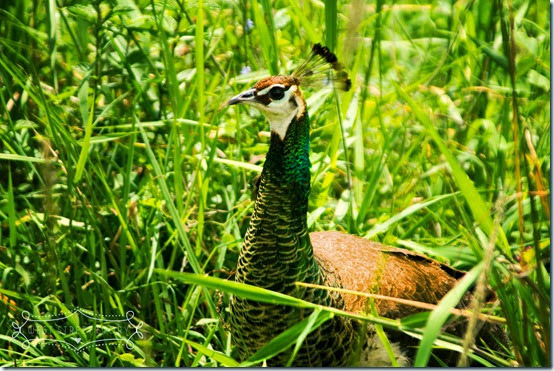 Once we were done hiking, we were all hungry {again, even though it was only like 11 am in Maui, my tummy thought it was 4 pm and that I had deprived it of some lunch}.  Graham’s mom had read about some cute café-like places to eat at back down at the bottom of the trail, in town.  So we headed out in search of them.

We blinked, so we missed the “town”, but somehow we ended up at this place called Archie’s in one of the next towns over. 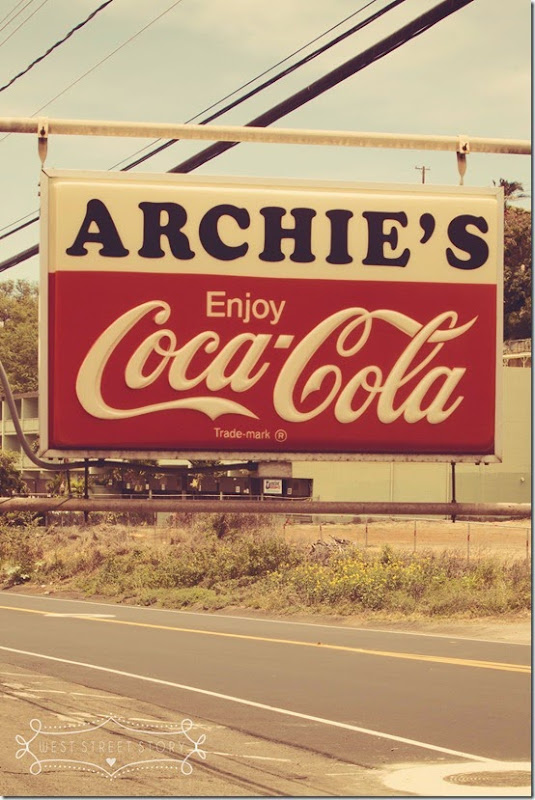 It was amazing.  It was a local hang-out, had good authentic Chinese food, and it was cheap {not something you often run into while in Hawaii}.  I didn’t get a picture of my meal {it would have been really awkward given that everyone there was already staring at us}, but I promise you it was something to remember.

I couldn’t pronounce what I ordered, but it was basically a treasure chest soup {there were random things like a carrot, a hard boiled egg, some crab meat, shrimp tempura, etc that I kept discovering as I ate} with amazingly thick dumpling-like noodles.

After Archie’s we decided to head to the Maui Ocean Center.  Graham was glad to have gone here before he went snorkeling because once he was underwater, he knew the fish he was looking at. 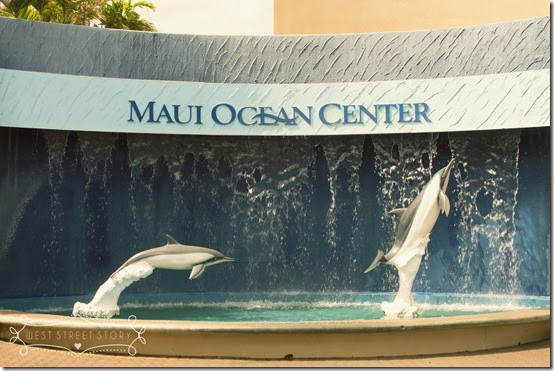 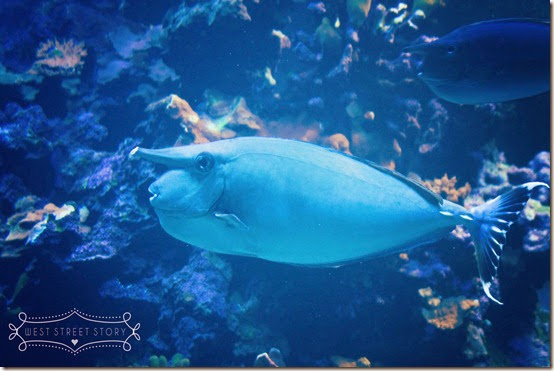 {this was my favorite fish, the Unicorn fish….I did get to see some while snorkeling!} 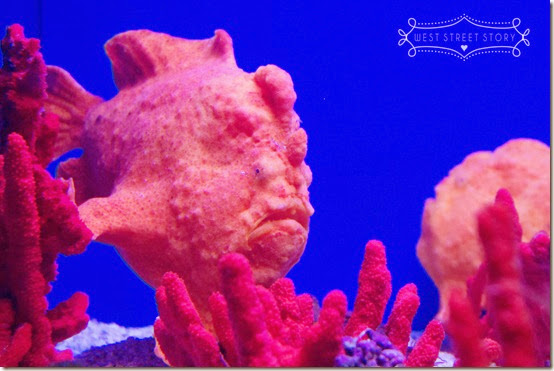 {this is the frog fish…notice his “legs”!  He adapts to the colors around him so that he can be sneaky} 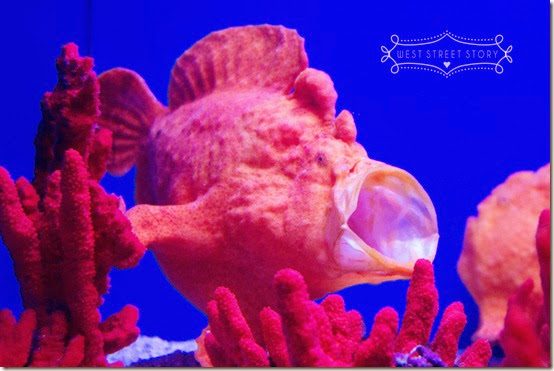 Graham’s sister and her husband were flying in on this day, so Graham’s mom headed to the airport to pick them up.  Graham, his dad, and I walked around Kihei a bit until dinner.  Kihei is where his family stayed for the beginning of their trip. 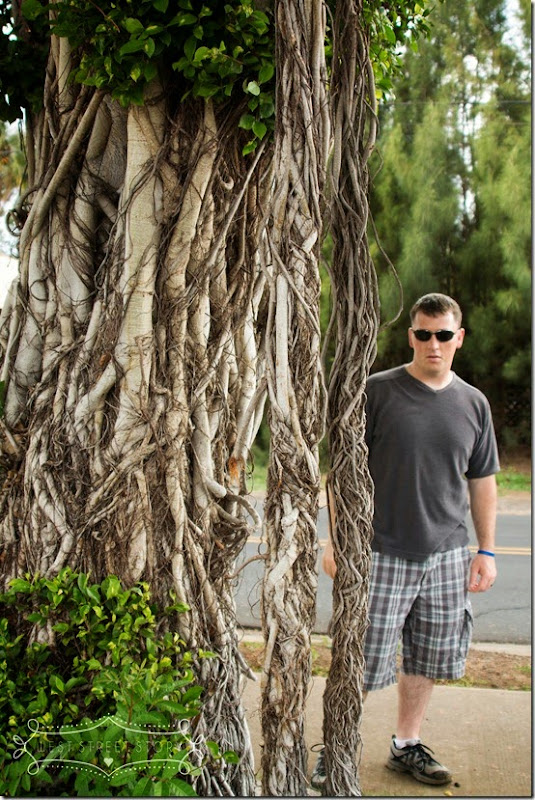 {during our walk, Graham and I finally got to see these unbelievable Banyan trees….their roots form from branches and then find their way down to the ground where they secure themselves}

That night we ate at Stella Blues.  I read in one of the guide books I borrowed from a friend, that the vegetarian lasagna at Stella’s was good, so I decided to try it.  However, the waitress “convinced” me that I would also need the Caprese salad appetizer because otherwise it was just a small piece of lasagna for my meal. 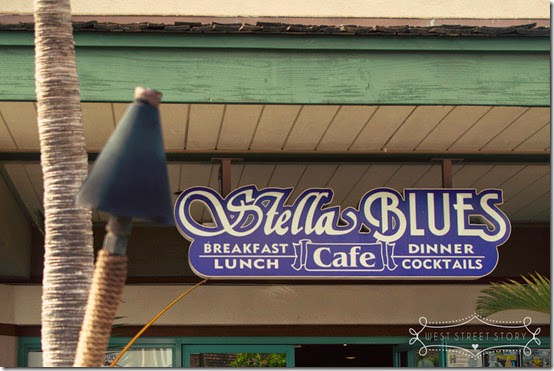 Neither the appetizer, nor the piece of lasagna, were small.  Couple that with the fact that the three of us {that hung out waiting for the remaining weary travelers to arrive} hit up a happy hour at a Mexican restaurant and I was stuffed before I even took a bite of that lasagna! All was good, though.

« installing crown molding in the kitchen